Home Our points of view Point of view #1 Moustache Bikes, supported on the road to success 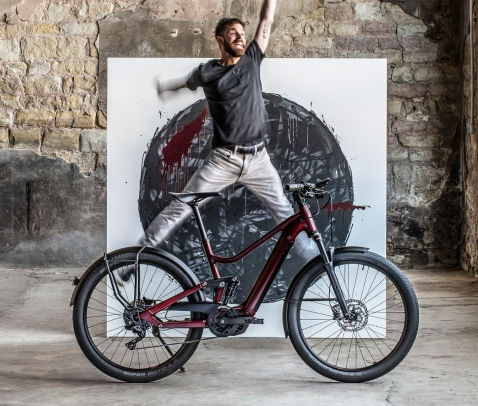 Moustache Bikes, supported on the road to success

This talented and fast-growing SME is revolutionizing how bicycles are used, disguising some of the best-performing electrical assistance on the market under an innovative design: enough to propel its young founding executives to great heights, with the expert support of Initiative & Finance.

Created in late 2010 by two cycling enthusiasts, Moustache Bikes has carved out a unique position for itself on the promising and fast-growing electric bike market. From the outset, the management made the decision to set themselves apart through design, comfort and technical prowess, in order to provide maximum enjoyment for users. Bikes designed and assembled in Épinal (Vosges, eastern France), with the first and most iconic models borrowing from the style of the bikes of yesteryear (mustache handlebars, etc.), paired with the most high-performance equipment on the market.

“From the very first meeting with the founders of Moustache Bikes, Emmanuel Antonot and Grégory Sand, we knew that we were dealing with serious people, on a market that was in its infancy but that had great potential”

recall Matthieu Douchet and François Golfier, respectively Partner and Investment Manager at Initiative & Finance, who supported this promising SME from 2015. The previous year, the young company closed its third year of business with revenues already in excess of €8 million, with barely twenty staff. This hyper-dynamic growth, firmly lodged on an upward trajectory, would need to be guided and supported if it was to continue in the best possible conditions.

In the era of soft mobility and sport for health, Moustache’s premium bikes rapidly found an audience – informed amateurs, willing to fork out between €2,500 and €8,500 per bike for an exceptional product. Through their market analysis and medium-term projections, informed by the experiences of neighboring countries such as the Netherlands and Germany, where electric bike usage is more widespread and on the rise, the Initiative & Finance team were convinced that the same would happen soon in France and many other European countries, including in the premium segment occupied by Moustache Bikes. This was enough to convince them once and for all to invest in the SME. Emmanuel Antonot has not forgotten that key stage, in late 2015:

“Apart from financial support to fuel our development, we needed a partner that listened to us, capable of supporting us day-to-day, particularly in terms of organization, in order to allow Grégory and me to continue to take the right decisions with total peace of mind.”

And they were not to be disappointed.

With Moustache Bikes enjoying rapid growth, its working capital requirement was becoming critical, as was judicious management of that growth. Hence the introduction of financial analysis tools via various daily indicators, such as revenue, inventory, etc. This daily tracking of the firm’s operations would reveal other urgent needs, starting with a need to structure the management team, the priority being to recruit key executives to work alongside the founders. This came prior to the 2017 investment in new production facilities, resulting in the transfer of the firm’s teams to the heart of a 10,000 m2 building on the outskirts of Épinal in the summer of 2018. “Hypergrowth can cause fragilities. Initiative & Finance have helped us get things right: to slow down when necessary, and to push harder when we had sufficient resources,” says Grégory Sand. “Our partnership has enabled us to increase our revenue fivefold in 5 years, reaching €60 million in 2019, and to strengthen our team, which is now nearly 100-strong. We have thus been able to seamlessly pass the various thresholds that present themselves in a period of exponential growth,” says Emmanuel Antonot.

A relationship of trust, built to last

Moustache now has a range structured around 13 families of bikes covering all uses (urban, versatile, road bikes, mountain bikes, children’s bikes). “The company has much more going for it than before. It has become a thriving middle-market firm with an organizational structure suited to the challenges that lie ahead,” says Grégory Sand. “We have been able to build a solid, trusting relationship with top-quality executives who dared from the beginning to talk to us about the real challenges of their company, without hiding the difficulties, which allowed us to move forward together in the right direction,” adds Matthieu Douchet.

When the firm’s capital was redistributed in May 2019, Initiative & Finance closed its stake in the investment fund created at the end of 2015, before joining a new financing round as a minority shareholder, at the request of Moustache Bikes’ founding executives. A way for Initiative & Finance to continue to follow the two entrepreneurs in their race to the top!

A bespoke partner for SMEs, Initiative & Finance has been supporting entrepreneurs with their projects for thirty-five years and is a major player in private…
Read the article (5min) 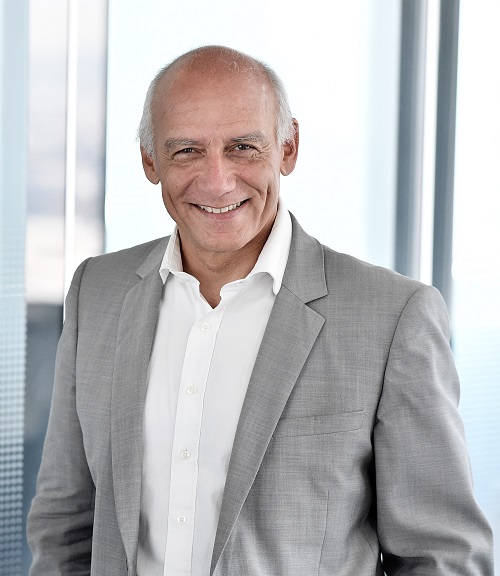 For over thirty years, EY has supported entrepreneurs through a national and international network and a resolutely multidisciplinary approach. Guillaume Cornu, head of Middle Market activities…
Read the article (5min)
By continuing to use the site, you agree to the use of cookies. Cookie settings Accept
Privacy & Cookies Policy